Post Pulwama : In our hour of mourning, we need more hosh than josh

For the past few weeks how’s the josh had become a new form of greeting amongst many in the country. In testing times like these we need to retain that Josh but with more than a fair sprinkling of Hosh! 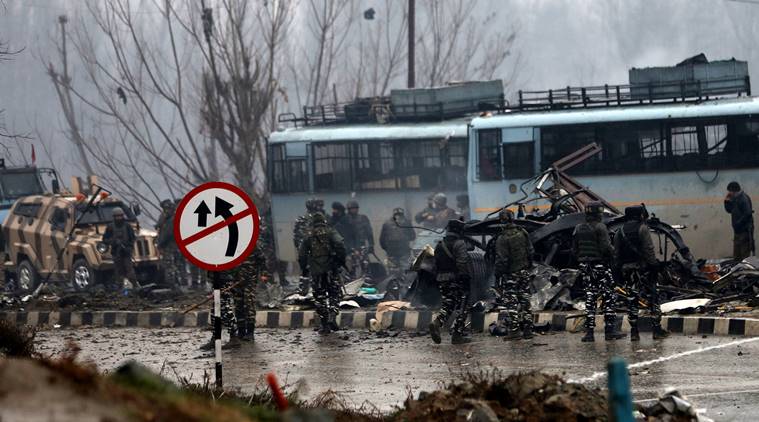 Post Pulwama, the nation is convulsed with a mix of contradictory emotions not felt since the 26/11/2008 Mumbai terror attack. It is like a familiar ghost has come back to torment us a decade later. We are grief stricken, angry and thirsting for revenge. Frustrated, demoralised and defeated. As a country we feel emasculated and helpless.

TV channels and social media are provoking and daring the government to act in retaliation.  Experts, analysts and anchors with little idea of either the situation on the ground or geo politics, are exhorting the government to act decisively and teach terror groups like Jaish and its masters in Rawalpindi a lesson they would not forget. A number of options are on the offer in the wish list of these experts wanting Delhi to retaliate aggressively with an eye for an eye approach. These include targeted strike on terror camps, dispatching commandos to neutralize terror masterminds and the launch of a mother of all surgical strike. A section –which truly is minuscule in number—of the lunatic fringe is even pushing for a final solution. Of nuking Pakistan!

We have traversed this road before. Similar outrage was seen after the Parliament attack and the Mumbai terror attack. On both occasions –more so after the Parliament attack—the two nuclear neighbours had come close to a war. But better sense had prevailed and large scale destruction averted. The cabinet committee on security affairs (CCS) met Friday forenoon and took stock of the situation. Fortunately there was no show of crass jingoism, war rhetoric and chest thumping. The Pakistani high commissioner was summoned and Pakistan’s most favoured nation status withdrawn (MFN). MFN is in any case a misnomer. Will anyone believe that before Pulwama attack Pakistan was our most favoured nation! In short, saner counsel seems to be prevailing in the CCS and in this hour of national mourning all mainstream parties have pledged to stand by the government. That is the way it should be.

It is not to argue and suggest at all that Delhi should allow business as usual to continue with Islamabad. We must act. And act with force and firepower. Punishment for Pulwama ’s dastardly attack should be exemplary. But our hand should not be forced by events. That will be playing into enemy hands. The timing of retribution has to be carefully chosen and for any such act to be successful it has to have an element of surprise. Till the government moves ahead in this direction, the template for other actions to be taken in such circumstances is more or less settled. Delhi needs to mobilize international opinion in its favour. Bilaterally there are options like scaling down diplomatic relations, cutting down on trade and not allowing Pakistan to use Indian airspace for commercial flights.

Domestically we need to guard against any collateral damage in Kashmir valley. We also need to really take a long hard look at our internal security and intelligence apparatus. It is not the time for criticism and recrimination but cannot overlook the fact that a car laden with 350 kg of explosives could ram with such apparent ease against a bus full of security personnel.

For the past few weeks how’s the josh had become a new form of greeting amongst many in the country. In testing times like these we need to retain that Josh but with more than a fair sprinkling of Hosh!