French Open 2019: As two of tennis’s all-time greats, Roger Federer and Rafael Nadal, clash on their sixth French Open match, Snehil looks at who has the upper hand on Friday in Sirf Sach’s special coverage of the 2019 French Open. 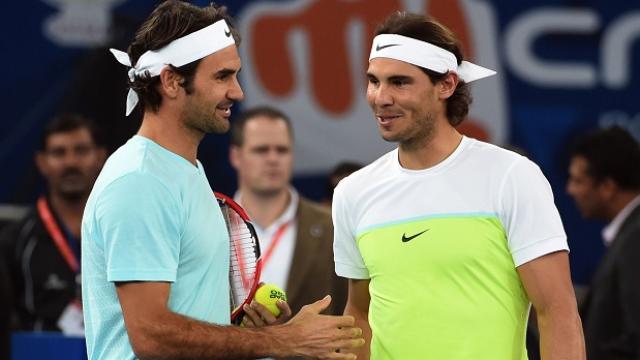 The epic battles between Roger Federer and Rafael Nadal have enthralled tennis fans for the last fifteen years.

It is perhaps the greatest rivalry not just in tennis, but in modern day sport.

The epic battles between Roger Federer and Rafael Nadal have enthralled tennis fans for the last fifteen years. As with all fierce rivalries, it’s natural to ask who held an edge over his rival over the course of their career.

While there is no easy answer to the above, it’s absolutely clear that on clay Nadal has been an unstoppable force.

By simply looking at the numbers, it would be fair to say that Rafa has Federer quite dominated, especially in their grand-slam head to head matches. The ‘king of clay’ has never been defeated by Federer in their five meetings at Roland Garros while also having a 3-1 advantage over his Swiss rival at The Australian Open. Federer leads his nemesis on his favourite surface— grass, leading 2-1 in their meetings at Wimbledon.

A betting man would undoubtedly put his money on Rafa to win their semifinal clash, scheduled for Friday. Nadal has had much quicker and shorter duration matches than Federer in the run up to the semi-final. Surely, if the match goes into the fourth or fifth set, this would definitely favour Nadal.

Nadal, an 11-time French Open winner, also comes into this match as a favourite to win. Any avid watcher of the game knows that while the pressure is on Nadal to defend his title, he has the best temperament and mental toughness ever seen in the game. With Federer being the underdog on clay, his strategy would be to close points off quickly and take control of the points very early on the rally. The longer the rallies, one would expect Rafa to emerge on top.

The duration of points will in my view decide who clinches the semifinal. Remember that Nadal is the best defender in the history of the game (along with Leyton Hewitt) and will really chase down everything Federer has to throw at him. Federer not only has to catch the lines and make all the marginal shots, he also has to make this happen very early on in the point.

Nadal has also drastically improved his serve during the last one and a half seasons on the tour. That played a huge role in the complete decimation of his opponents in straight sets during his last two matches. Further, Federer has always struggled to cope with Rafa’s hard hitting top spin left-handed forehand on his backhand. Nadal will be looking to quickly close off such points, when he gets a weak return from Federer’s backhand (usually a slice).

Unfortunately, the only way Federer can come out in top is by playing an extremely aggressive game and taking a lot of risks. Rafa is a clear favourite to steer through to the final. If not, this would be the biggest upset on the tour in recent times.