What Mamta did is a new low and unpardonable. Our constitutional framework will collapse if state leaders take such a strident and confrontational approach. 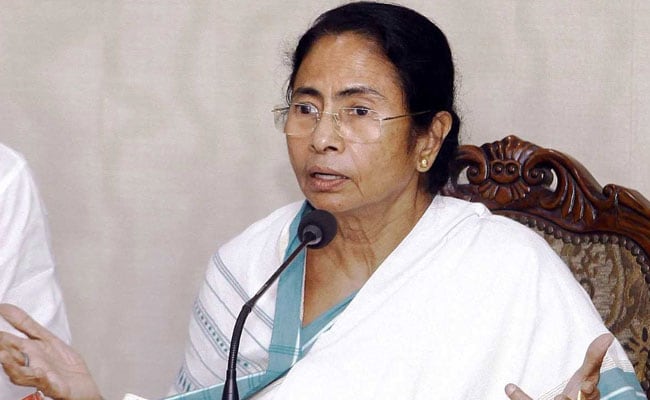 Modi- Mamta face off is likely to be one of the big themes of 2019 elections. TMC leaders remain convinced and confident about Didi repeating 2014 performance when West Bengal was one of the states which successfully stalled the Modi juggernaut. There is little doubt that Mamta remains the most popular leader in the state and a winning combination of charisma, organisation and grass root connect.

The BJP is equally confident that Mamta magic is on the wane and the BJP will likely make up for some of its losses from states like Uttar Pradesh and West Bengal. The BJP’s confidence stems from their ability to capitalize on the perception that Mamta is pro Muslim and practising appeasement which should help them rally the Hindu vote. Anti incumbency also seems to be catching up with Didi in her second stint as chief minister. And with Congress and left parties being pushed to periphery in the state, the opposition and anti Mamta space has also been almost fully occupied by the BJP.

The recent confrontation between the state government and the Centre which saw unprecedented drama and a new political low even by Indian standards should be seen in this backdrop. CBI sleuths landing up at the residence of Kolkata police commissioner, Mamta Banerjee also showing up at the commissioner’s residence, the CBI team being detained at a local police station and finally the two day sit in by the Chief Minister describing the police commissioner in question (Rajeev Kumar) as the best cop in the world. She was also joined by a chorus of opposition leaders in describing the incident as another example of centre’s over reach, blatant misuse of agencies and an attack on the country’s federal structure.

The BJP was quick to counter attack saying the opposition has ganged up to shield the corrupt and the Modi government will continue its campaign against graft regardless of the pressure.

As is the practise these days this matter also reached the apex court and the Supreme Court ruling is now being claimed as victory by both sides.

Editorials on the issue have been fairly divided. The Times of India has been critical of the state government and Mamta Banerjee of triggering of a constitutional crisis by resorting to Dharna politics. In its editorial the newspaper said that in a politically volatile state like west Bengal the Chief Minister should have cooperated with the CBI probe. Political misadventure has the potential to descend into anarchy in an unstable environment. Economic Times said the confrontation is nothing but political dogfight between the BJP and the TMC wherein CBI and federal structure of the constitution are being used as weapons. Deccan Herald summed up the face off as low level politics while Indian Express said both the timing and tenor of CBI action points towards politics of revenge. Jansatta described the developments as an unfortunate episode which raises serious concerns about the future of our federal polity. Both Dainik Jagran and Amar Ujala have been critical of Mamta Banerjee in their editorial comment while referring to the fact that the Kolkata police commissioner was not responding to CBI summons. The premier Hindi newspapers also opined that it is also the responsibility of central agencies to maintain their independence and functional integrity and not become another political tool in the hands of the central government.

Hindustan has raised another issue of the difficulty to figure out in prevailing circumstances as to which agency is more of a caged parrot –CBI or the state police! The newspaper says the constitution has clearly demarcated the limits of state and central powers and it is the duty of both to respect the same. In its editorial Patrika says difference and clash of interests are bound to happen in politics but it is the duty of both the centre and states to maintain the sanctity of the constitution. Navbharat Times in its editorial has questioned the credibility of CBI and questioned the agency actions.

Sirf Sach also has an opinion on this issue and we would like to present it here without mincing words. There is no doubt that central agencies are compromised and give us enough justification to believe that they function more like tools of the federal government than independent agencies. But then this has been the case always… maybe the degree of blatant misuse has gone up by a few notches in this regime. This tendency needs to be both condemned and an effort made to reverse this trend. But what Mamta did is a new low and unpardonable. Our constitutional framework will collapse if state leaders take such a strident and confrontational approach. It would have been much better and sensible on the part of Mamta to seek judicial intervention and present her case in the Supreme Court rather than taking to the streets in this manner and making a complete mockery of our polity. Mamta’s political adventurism is much more dangerous than misuse of CBI.