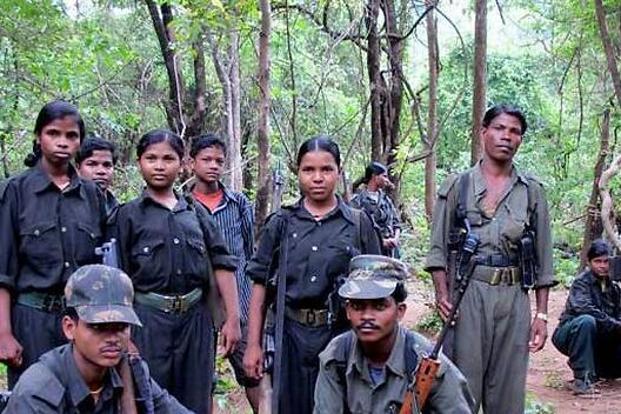 Naxal commanders and ideologues alike are scampering for cover to find a defense against Cupid. Love is a great leveler… making those struck by this thunderbolt rise above caste, class and regional barriers. History, mythology and folklore all have their own share of stories which underscore and reiterate the all conquering attributes of Love, an emotion which effortlessly trumps hatred and violence. True love leads one away from darkness towards light, from hatred and violence towards peace and humanism. Love makes us all a better person and Naxals are no exception.

It is the above listed therapeutic qualities of love which are making Naxal leaders edgy and nervous. The venom spewing Naxal ideologues expand a lot of time, energy and effort in indoctrinating vulnerable young tribal minds. Making them pick up gun in the name of class war and revolution. But all their negative and poisonous efforts are completely wasted once their cadre gets bitten by the love bug.

In the last few years hundreds of Naxals have surrendered and returned to the mainstream after falling in love. The emotion is such that it kindles even amongst the most hardened of Naxals a desire to lead a normal, secure and settled life. Love springs emotions like hope and happiness, brings a spring in one’s step and a smile on the face. All this is anathema to Naxal leadership which always frowned upon the notion of love in their ranks. The frown gradually became a scowl and now Naxal bosses have even started resorting to violence and measures like forced vasectomy to douse the flames of this enemy fire called love.

Jagargunda area commander Badaranna is amongst the several well known Naxals who rebelled and decided bid goodbye to a life of violence. He married fellow Naxal and the love of his life Latakka after surrendering before the authorities. Divisional committee member of Keshkaal, Kesanna, married fellow Naxal, Sunita, while member of the south Bastar area committee, Arjun, married comrade Devi. Likewise deputy commander of Basagura—Joganna—has married Chandrakka while Madded deputy commander Ashokanna has taken the marital vows with Jaykanna. Dreaded Naxal leader from Bastar, Lachanna, and area commander of Madded, Ramarao, have also walked out of the movement after falling in love and getting married.

One of more famous love story of Naxal movement is that of 38 year old Sampat and his 20 year old paramour Aasmati who carried a reward for Rs 10 lakhs and 8 lakhs respectively. They surrendered and got married. Another much talked about marriage is that of Naxal leader Shambhu Murmu and his lady love and fellow Naxal, Kajal.

There are many more such examples of battle hardened cadre falling in love and quitting the Naxal movement for a more settled, secure and peaceful life. Naxal leadership, ideologues and strategists are all desperately attempting to find an effective counter weapon to Love.

There is little chance of them being successful. It is a battle which many a mighty and ruthless emperors have lost in the past.