The Prime Minister‘s message acquired a statesman like hue at a time when ordinary Kashmiris were feeling isolated and targeted in their own country and were feeling let down because of the action of some hot heads. 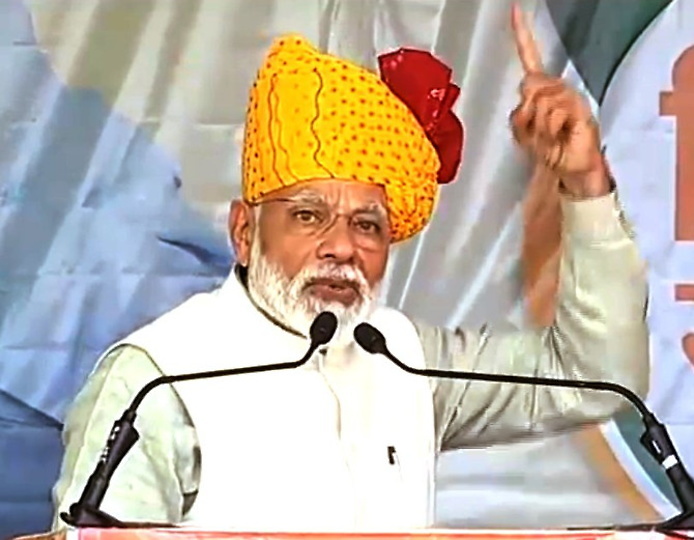 Prime Minister Narendra Modi has struck the right, important and soothing note by saying that our (India’s) fight is for Kashmir and not against Kashmir or Kashmiris. What Mr Modi said becomes especially significant in the wake of attacks and reports of harassment of Kashmiris from different parts of India in the aftermath of Pulwama terror attack. Some over zealous anti social elements — fired by a misplaced notion of patriotism and militant nationalist Hindutva —had begun to target Kashmiris and were making an already tense and difficult situation even more volatile.

Referring to the incidents of violence and threat against Kashmiris, the Prime Minister was quite emphatic in his condemnation of those who were trying to create a wedge between Kashmiris and people from other parts of the country by harassing, abusing and beating them. There are some who tried to explain the odd incidents of violence against Kashmiris as a natural outcome of the grief and anger sweeping through the country against the Pulwama outrage in which more than 40 of our soldiers were martyred. It was also pointed out that there has been not one case of serious injury in these unfortunate incidents.

The Prime Minister did well to be unequivocal even on this score and left no room for doubt by the straightforward manner of his criticisms, condemnation and disapproval. He categorically said that the issue is not what happened where and whether it was a small or a big incident or what has happened or not happened with Kashmiri children in any part of the country. The Prime Minister’s message was loud and clear: such incidents should not happen anywhere. The Prime Minister chose not to just stop here and be satisfied with just being politically correct. He went on to add that every child of Kashmir is also tormented and tortured by terrorism, they are ready to combat terrorism and we have to ensure that they remain with us.

The Prime Minister‘s message acquires a statesman like hue at a time when ordinary Kashmiris are feeling isolated and targeted in their own country and are feeling let down because of the action of some hot heads. The sentiments of Kashmiris were perhaps best summed up by NC leader and former chief minister of Jammu Kashmir Omar Abdullah when he tweeted thanking the Prime Minister and saying that Mr Modi has said what was there in the heart of every Kashmiri (aaj unhone ne hamare man ki baat keh di). Coming from a person who spares no opportunity to criticise Mr Modi, this is rich praise indeed!